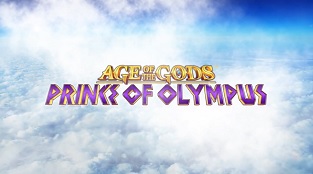 Playtech revives Ancient Greek mythology with another addition to their Age of Gods Slots series.

This time we will see three sisters, called Moirai who represent the fate itself holding everyone’s thread of life in their hands. Clotho, wearing the blue dress, weaves and spins the thread of life so it all begins with her.

Lachesis, in green dress, measures and embellishes the life thread, while Atropos, in red, is the most fatal of all as she cuts the thread and ends your life. But don’t be afraid they are much more benevolent in the slot than in mythology.

Unlike traditional illustrations of these mythical women, who are often depicted as ominous and ugly, this 5 reel 25 payline progressive slot is lead by Aphrodite-like stunning beauties that are here to bring you fame or failure.

Playtech are award-winning gaming software providers that have been in the industry since 1999. Based on the Isle of Man they constantly strive to provide cutting-edge solutions to land-based, online and mobile gaming venues.

They are best known for their Omni-Channel technology which allows users to create one account for all platforms. They have offices and hold licensees all around the world.

Set in the ancient Greek temple the slot comes as a 5×3 grid holding 25 paylines available for you to choose and play.

The Symbols come in the style of Greek golden coins, Greek alphabet, and three mythical sisters with a hint of mystery about them: Atropo with her shears, Clotho with the golden spindle and Lachesis playing with the thread of life.

The game itself is pretty intuitive and dynamic, while it can also turn out to be very lucrative.

The highest paying symbol is the Wild depicted as a golden coin which could bring you up to 10,000 credits if you manage to land five of a kind.

Watch out for the blue whirling vortex chosen to be game’s Scatter. You will want to see this whirlwind on your reels knowing that three of them bring about the three-fold Free Spins represented by Fate Sisters themselves.

The three gorgeous ladies are there to spice up this slot for you as each of the three sisters holds a special Free Spins Bonus in their temple. When you see three Scatters they will take you to the beautiful sisters but you can only pick to go with one.

Open Atropos’ Temple and get 15 Free Spins and x2 – x5 multipliers, which can change depending on the will of Atropos. If Atropos shows up in the middle, your multiplier will increase by one or decrease if Atropos is not there. If the Lady in red is in a really good mood she will appear on the third real and grant you additional 3 spins.

If you decide to enter Lachesis’ Temple you can get 10 free spins and locked wilds to benefit from. The wilds stay locked for three subsequent spins. Lachesis also generously gives away three spins when she appears on reel number 3.

Clotho’s Temple will greet you with 8 free spins and three wilds added to each spin randomly. Like her sisters, when found on third reel she awards 3 extra free spins.

The sisters’ generosity does not stop there. They can appear stacked on reels 1, 3 and 5 (all three sisters at the same time) when they award a re-spin and they take the role of a Scatter.

And now for the icing on the cake. This spinner holds four progressive Jackpots:  Power, Extra Power, Super Power and finally, Ultimate Power that can make you rich with its top award of $100,000.

The jackpots are hidden in a separate table of coins, which is activated randomly and you are supposed to match three same-coloured coins to get a jackpot.

When this table shows up in front of you, then you know you are the favourite of the Fates as you will definitely hit one of the jackpots just pray for the coins to be red as they stand for the Ultimate Power.

According to Greek mythology Fate Sisters can decide the direction of a person’s life and they might just do the same in this slot with the life-changing Progressive Jackpot award of even $100,000.

Even if you are not so lucky to win this staggering prize, you can end up pretty satisfied after playing this game. On one hand there is the Wild paying 10,000 for five of a kind in the base game, while you can also use the generous Free Spins Bonuses offered by the sisters, especially Atropos, which adds up to x5 multiplier to 15 Free Spins.

Playtech have decided to make the best use of the endless inspiration of Greek mythical beings. Fate Sisters is only one in the series of Age of Gods slots which captures you from the first spin with mysterious three sisters that will lavish you with Free Spins and four Jackpots.

You will definitely enjoy the theme as well as the action in this medium variance slot.