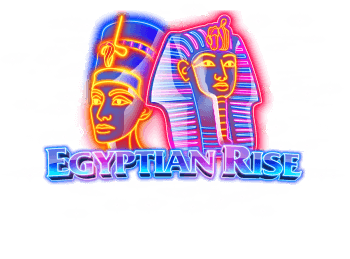 Before you go away thinking – “No, not another Egyptian theme” – stick around, you might end up being surprised with the Egyptian Rise video slot, a 5-reel and a 243 ways to win game which puts a modern twist to an ancient subject presented in bright, neon lights that will make you forget all that you have previously known about the Egyptian culture thanks to a disco feel around this interesting pokie.

Besides from looking quite awesome in its unique modern twist, Egyptian Rise is a rewarding game which features On a Roll mode which will get you engaged right from the first winning combination. Like we said, stick around and find out more.

NextGen Gaming have teamed up with one of their four international design venues to come up with this exciting version of what appears to be a washed out theme. Side City Studios in Montreal have really stepped it up as they managed to create a unique version of a familiar game.

Their ultimate effort is a suitable way to help NextGen Gaming live up to the reputation of the pioneers. Founded in 1999, Nextgen Gaming are considered ice-breakers in platform-independent content delivery. NextGen are producing games that are intended to be remembered for their maturity and longevity as the two most important aspects in gaming business according to NextGen.

If you tried the Wolfpack Pays video slot from the same developer then you will be familiar with the On a Roll feature which basically rewards you with a free re-spin every time you land a winning combination anywhere on your reels.

All of the regular Egyptian symbols are there, including Cleopatra and the Pharaoh, but also the Scarab Beetle symbols which acts as a Wild and substitutes for all other symbols. Scarab Beetle is also a high-paying symbol offering up to 800x your line stake for notching five of those on your reels.

Making a winning combination is quite simple and straightforward as you need to line up three of a kind to be rewarded with coins and free spins.

There is a fantastic twist to the base game of the Egyptian Rise video slot. Scarab Wilds will be added at the beginning of each re-spin. Back-to-back winning combinations will add Wilds on reels 2 and 4, while the third consecutive win will see Wilds being added on all five reels.

Re-spins last until the fourth consecutive win, when the Pharaoh Feature is activated.
What it does is that it adds further 5 Scarab Wilds to your reels increasing your winning potential to the maximum. Pharaoh Feature is a limitless free spin feature, which can get you spinning forever, or at least as long as you keep winning.

Three Pharaoh tokens are there to keep track of your failed spins and three non-winning spins will end the feature.

Another fine option we decided to call a special feature here is the Gamble button. NextGen Gaming are famous for it as well. Every win you achieve in this game will present you with an option to Gamble your win and ideally double or quadruple your winnings.

All you need to do is to pick between suit or colour of a hidden card in order to make your winnings greater than they actually are.

The total of 40 coins are needed to activate the entire 243 winning ways. The lowest coin value is $0.01, while the highest is $80, which makes this Egyptian-themed game a fairly accessible and affordable for all types of gamers.

Pharaoh symbol is the highest paying symbol worth $800. Stacked Wilds, Scatters and endless re-spin feature increase your winning options and get you a chance to earn great wins and hefty payouts.

There you have it. Egyptian Rise is not your ordinary ancient Egypt subject as it has an exciting and visually appealing feel around it. NextGen Gaming have developed a title with a well-known theme and a great twist that will make you fall in love with this feature.

This medium to high variance slot is bound to be a real summer hit you will enjoy with plenty of engaging features and options that are at your disposal. Egyptian Rise is available across all platforms and will be perfect for on the go.