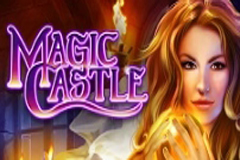 Magic Castle is a new IGT slot machine that is themed around magic and around a beautiful witch that seems to be practicing the dark arts. Leonora is the name of this witch, a beautiful redhead that will be seen in a symbol which can occupy two positions at a time.

Some of the other elements in the game which will have the same witch and magic theme are the ones which have images with wolves, black cats, spell books, jewelry boxes, heart pendants, red roses, candles, goblets and castles. It’s not necessarily the kind of dark magic witchcraft that many other slot machines will cover, but I still found that it worked well for this game.

Magic Castle has been offered by IGT and it is one of the many titles from their collection that I would recommend. I wouldn’t mention them if the discussion was about the developers with the best looking slot machines, but when it comes to the kind of features that they can put out, they’re great at it. Casinos which are powered by IGT will have a lot of titles to offer and most of them will be quite fun.

For a game like Magic Castle, IGT decided to use a total of 40 fixed lines. Since 40 coins will be needed for each round that you wager on, you will need to decide what their denomination should be, knowing that it will be multiplied by 40 each round. The coin value seems to start from $1, going up from there.

It’s a perfectly decent slot machine to play on, a game that seems standard for IGT in terms of the interface that is used. They often go with fixed lines, and the betting options will only allow you to pick the bet per line, or the coin value. 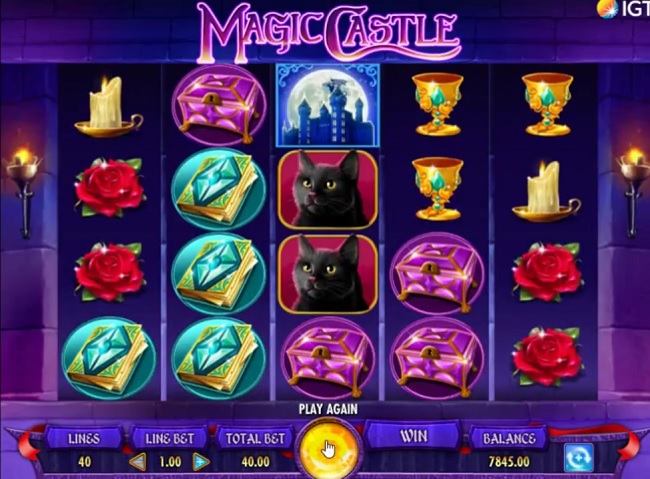 The game appears to have a total of three wild symbols to offer. One of those is based on Leonora, the redhead witch that is the star of the slot, and a symbol which lands stacked on two positions.

This particular wild is also the one that can deliver multipliers for the wins that you get each round. You can use Leonora to get wins which pay anywhere from 2x to 10x what they were originally worth. Leonora is also the wild symbol that is capable of forming the highest paying regular combinations of the slot, of up to 1,000 coins.

Two other symbols can also be used as wilds, the ones which have the Black Cat or the Wolf in them. These wilds can’t substitute for Leonora and they don’t apply the same multiplier as that other wild. They also pay less when they form their own combinations.

The scattered Castle symbol is shown only on the middle reels, and all three need to be present to trigger 15 free spins. Wild multipliers are going to influence the free spins, so you can get up to 150 rounds with up to five Leonora symbols present on the reels that round.

The ultimate payouts of Magic Castle seem to come via a combination of Wolf symbols and wilds, which can bring you up to 4,000 coins instead of the original 400 that would come only from the Wolf. Since the Leonora Wild has payouts of 1,000 coins, and it’s a stacked symbol, you’re going to form more than one combo with her at a time, so it should be a profitable one.

Magic Castle gives the player a good design, a sort of average theme and features that manage to improve any area that might look like a downside at first.